We all get a forgiveness! 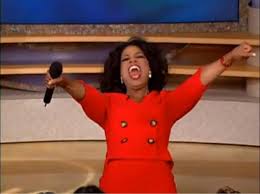 God is good!  Even after all the crummy, which is an understatement, things I have done and the things I have left undone, God still loves me.  He loves us all.  It took me over 30 years to realize that I had a huge fundamental misunderstanding of who God is, why He does what He does, and what my place is in His Universe.  One thing I learned is that God is patient.  God is so patient that He waited for me to come around to the idea that He loves me, unconditionally.  He did not try to force me into a relationship with Him, even though, as the Creator, He can do whatever He wants with us.  Instead, He waited until I was ready to humble myself to Him, accept that He is real and active in our lives, and embrace His voice and guidance in my life.  It would have been utterly pointless for Him to reveal Himself to me, since there was no way at that stage in my life, I would have ever accepted His calling; I was lost.  Like many other people, I had to hit the proverbial rock bottom before I was able to clearly look up and see my Father smiling down on me.

Jesus tells a parable that is very similar to my experience with God.  In Luke 15:11-32, a man had two sons  One was a good and obedient son, the other was self-centered and sought the gratification of worldly pleasures.  As was custom in ancient times, the sons of the father were entitled to an inheritance.  The second son asked his father for his inheritance, now, before the father had died.  The father obliged and gave his son his what he was due.  The first son stayed home and continued to be obedient in his father’s ways, while the second son left his family and spent everything he was given by engaging in “loose living”.

A famine occurred in the area where the second son was living.  He was broke, starving, and almost resorted to eating pig food, but he thought to himself, “Even my father’s servants have their daily bread to eat, and I have nothing.  I will go to my father, confess my wrongdoings against him, and beg him to make me his slave, so that I will have just a little to eat and a place to sleep.”  So, the second son put his head down, and proceeded to go back home.

Instead, when the father spotted the second son far down the road on his way back home, he ran to his son, embraced him, and kissed him.  The father was so overjoyed that his son had returned home that he overlooked his son’s sins, ordered his servants to bring his son the finest robe and sandals, and demanded the fatted calf be killed (what’s a fatted calf?).  The father and the rest of his family celebrated… except for the first son.  He was not happy, and justifiably so.  His brother dishonored the father, the family, and probably the community, and he did not deserve the kind of attention he got when he returned home.

The second son expressed his dissatisfaction with the father’s celebration.  He said, “I have served you for many years.  I never disobeyed you. and yet, you have not given me so much as a goat to celebrate with my friends.”  But, the father was a wise and loving man.  He explained to the first son, “You have been with me since the beginning.  All that I have is already yours.  But we must celebrate.  Your brother was dead, and now has begun to live.  He was lost and has been found.”

We do not even begin to live until we come home to God.